Thanks to the cold temperatures and snowfall over the past few days, the Garmisch-Classic ski area can start the 2022/2023 winter season on Friday, December 16th. More slopes were also opened at Zugspitze.

In the Garmisch-Classic ski area, eight lifts can be opened at the start of the season: the Hausbergbahn cable car, the Kreuzwankl-Ski-Express, Ixis children’s area with the magic carpet, both Rimmlermoos lifts and the Trögllift go into operation around the Hausberg. In addition, the Kandahar-Express (access via Olympia-Abfahrt) and the Adamswiesenlift can be opened. The upper part of the Kandahar is open up to the Tröglhang entrance. The Kochelberg-Abfahrt is open down to the valley

Other lifts and slopes could possibly be opened at the weekend, depending on the progress of the preparations. The BZB appeals to all guests to stay on the open slopes and to avoid closed areas so that dangerous situations with snow groomers can be avoided!

On December 23rd, the BZB plans to start parking space management for all affiliated parking areas. Therefore parking machines are currently being set up in the parking lots. The same tariff then applies to all parking areas: five euros for a day parking ticket. The parking fees apply to every car, regardless of whether and which mountain railway ticket the guest purchases. Annual and season ticket holders have the exclusive opportunity to purchase a season parking pass for 45 euros. This is possible by presenting the season/annual pass (or when purchasing the same) and stating the license plate number. The sale of season parking tickets starts on December 13th at the ticket offices of the Zugspitzbahn stations Garmisch-Partenkirchen and Eibsee as well as the Cable car Zugspitze. From December 16th the season parking passes are also available at the ticket offices of the valley stations, as long as the cable cars are in operation.

The season parking pass should be placed behind the windshield of the car. Only at the Cable car Zugspitze car park, which is regulated by a barrier, the season/annual pass have to be held up to a card reader so that the barrier opens automatically.

In a test season, the BZB is evaluating whether additional parking fees will encourage visitors to travel more by public transport (train, local busses and ski buses, cogwheel train, carpooling, etc.). The BZB not only intervenes with parking space management, but also creates attractive offers with combined tickets (train ticket and ski pass) to encourage rethinking. Train travelers (with a valid train ticket) get a discount on mountain railway tickets, there are direct trains from Munich to the Hausbergbahn cable car.

The ski touring trail is open with little snow

The ski touring trail will be opened despite there is little snow. Since there will be more grooming in the coming days on the slopes that are not yet open, the BZB asks ski tourers to only ascend via the official ascent trail and only ski down pistes that are open. 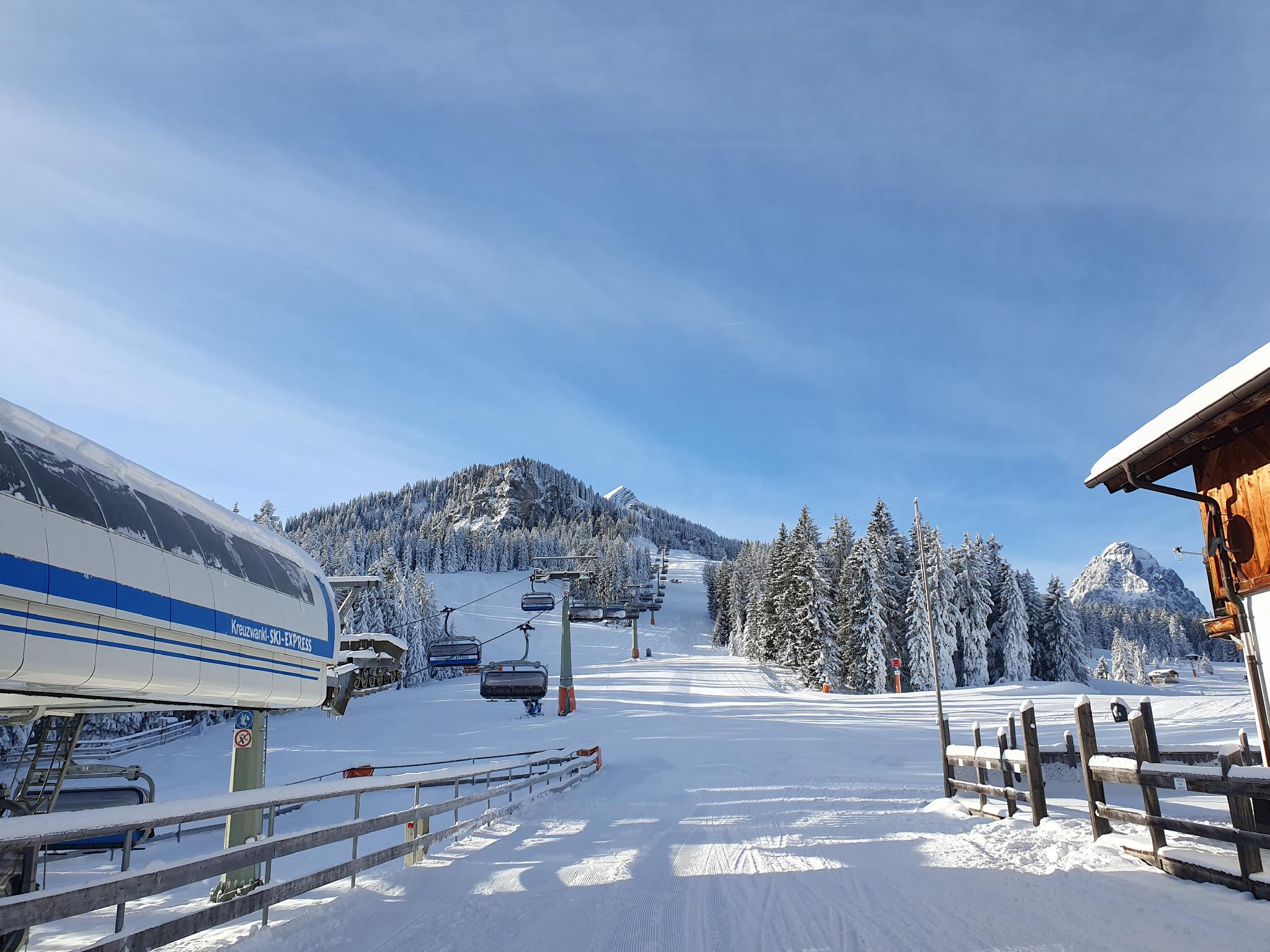 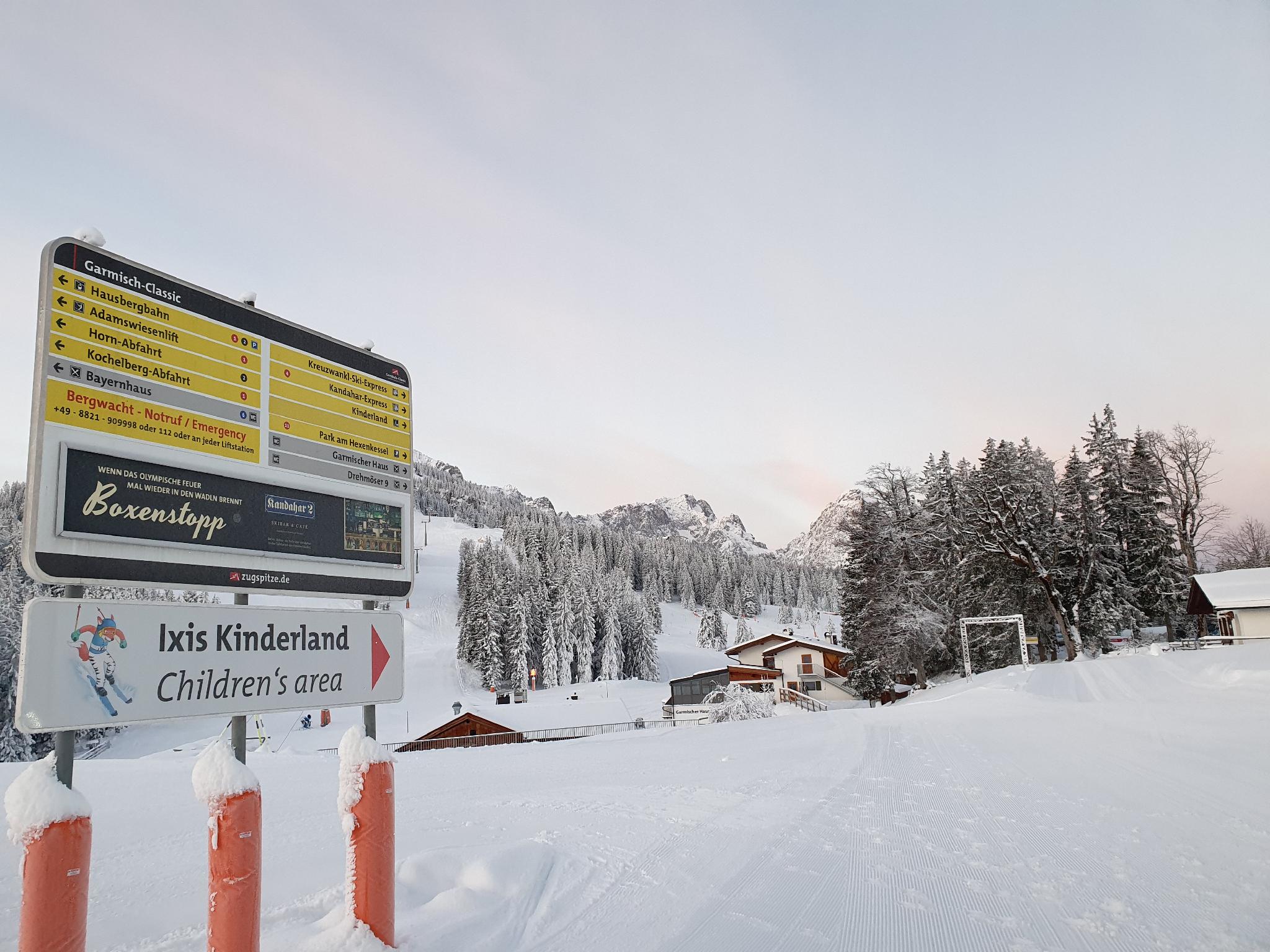 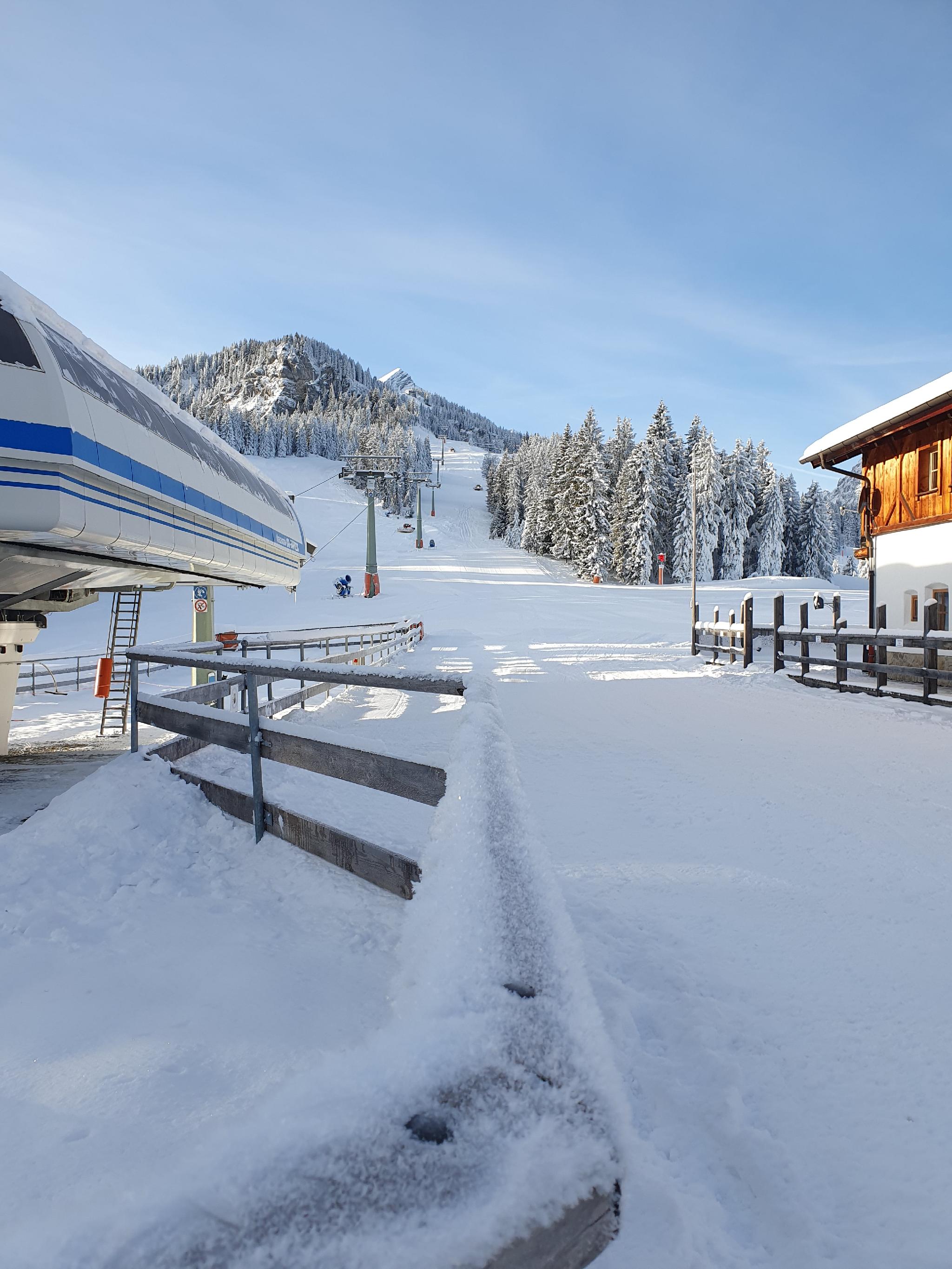